Project 1975 comprises not only exhibitions but also a series of lectures, seminars, artist talks and film programmes. This January the floor is to Paul Goodwin, Cross Cultural Curator at Tate Britain.

In this lecture Goodwin will pose a series of questions and map out a few areas that relate to thinking about ‘curating difference’. He will tentatively suggest that rather than managing ‘difference and diversity’ (multiculturalism) the debate should move on to encompass questions of curating difference, which is a problematic and incomplete assertion but one that draws attention to the way that critical curating has greater potential than cultural managerialism to address questions of power and knowledge in the museum in a way that engages directly with issues of creative practice, the artist’s perspective, research and knowledge production. If the problematic of ‘cultural diversity’ is to move from the ‘margins to the centre’ of the museum in a ‘post-multiculturalism’ framework, this will entail an engagement with the critical questions of power and knowledge in the curatorial edifice at the centre of the museum’s intellectual complex.

Paul Goodwin is an urban theorist, curator and researcher. He is an Associate Research Fellow at the Centre for Urban and Community Research, Goldsmiths College and Curator of Cross Cultural Programmes at Tate Britain. At Tate, Paul co-programs events such as The Status of Difference (ideas/debate series, 2008-2010), Conversation Pieces (ongoing artist talks series), Global Modernities (Tate Triennial conference, March 2009) and Afrodizzia (Late at Tate, Feb 2010). In 2009 he curated (with Monica Miranda) ‘Underconstruction’, an exhibition and book project about the relationship between the shanty towns and the central city in Lisbon, Portugal. More recently Paul was Consultant Curator for the international exhibition ‘Afro Modern: Journeys Through the Black Atlantic’ at Tate Liverpool (Jan - April 2010) and programmed the Global Exhibitions symposium that accompanied the exhibition. He is currently co-editing a book based on papers from the symposium, for Liverpool University Press, provisionally called Contemporary Art and the African Diaspora (forthcoming 2011). 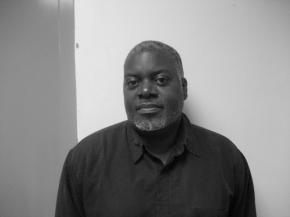