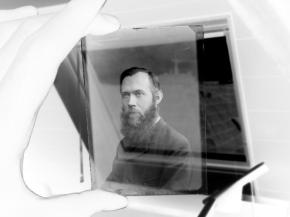 During Museum Night 2015, SMBA will host Inverted Night Sky, an event on astronomy and art that revolves around Dutch astronomer and socialist Anton Pannekoek (1873-1960). One of Pannekoek's most known contributions to astronomy are drawings of the visible Milky Way as night sky studies, which are recognized as an international standard-setting achievement that shaped our view on the Milky Way, for example in planetarium projection systems. 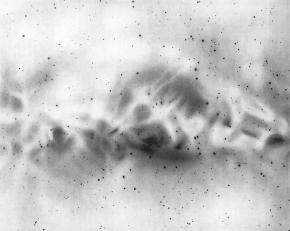 Pannekoek’s drawings became the starting point for Jeronimo Voss' current research for his project Aspects of the Milky Way. Voss will introduce and discuss his work with astronomer Edward van den Heuvel, Emeritus Professor at the Anton Pannekoek Institute for Astronomy. Chaokang Tai, PhD researcher at the Institute for Theoretical Physics, will give a reading about the relationship between Pannekoek’s two fields: politics and astronomy. Media artist Daniela de Paulis will explore the cosmos by reflecting words off the moon.

The evening will begin with a tour of the Kamarado exhibition, zooming in on part of the exhibition for the Museum Night event. Kamarado is a cooperation between SMBA and Clark House Initiative, a curatorial collaborative and union of artists based in Bombay. Kamarado presents commissioned work by Adrian Melis, Amol K Patil, Jeronimo Voss, Sharelly Emanuelson, Sawangwongse Yawnghwe, and Sosa Joseph. These artists all contributed new work about what the concept of “comrade” means to them today.

Introduction to Aspects of the Milky Way by artist Jeronimo Voss.

Lecture by historian of science Chaokang Tai on the relation between the socialist and scientific virtues of Anton Pannekoek.

Exploring the cosmos by means of radio waves:

Exploring the cosmos by means of radio waves: