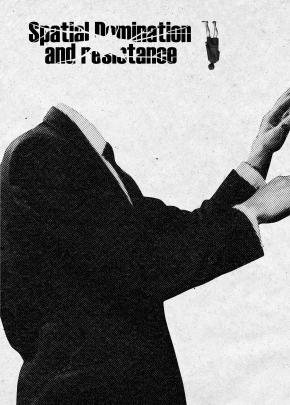 This exhibition is extended until 30 May!

The exhibition will be opened by Ann Goldstein, director of the Stedelijk Museum

The exhibition ‘Stakes is High’ by Jakob Kolding is in part the result of a residency by the Danish artist in Amsterdam's Zuidas quarter, the new financial center of the Netherlands. He is the third artist in this residency project, which has been organised by the SMBA for the past three years in cooperation with the Research Group of Art & Public Space at the Gerrit Rietveld Academie and the Virtual Museum Zuidas.


The idealistic background and social implications of post-World War II urban planning and development in Europe have formed an important background for Kolding's work, who himself grew up in a new residential development near Copenhagen. The discrepancy between planning ideas, realization and subsequent use has been the subject of a continuous investigation in his work as part of a general interest in space and urban space in particular, and so have the discrepancies between individual experiences and general expectations of space, whether these are conceived of as negative or positive. Such discrepancies are to be seen not only in the post-war residential neighbourhoods which have been criticised for years now, but for instance also in city centres that are subject to gentrification, in which specific groups in the population are being pushed aside and the public character of these areas are radically altered by means of architectural interventions and political, economic development/speculation, as well as in the boastful slogans which are intended to make an office centre like the Zuidas attractive.

Kolding offers no alternative models, although sometimes his collages refer to the imaginative impressions in which urban development plans are visualised. Rather the works are emphasizing the importance of continuously re-thinking and challenging existing notions of space. His work unites images of modern architecture with all sorts of elements that refer to social and political aspects of space – elements that often strike one as surrealistic, but therefore carry with them precisely that which is invariably excluded in the models: the unpredictable, the contradictory, the counter movements – in short, the human. Kolding's collages, often minutely detailed and sometimes also simple and direct, suggest visionary built environments that are perverted with life, as it were. His cities are populated with people, with architects and businessmen, with skaters, hip-hoppers, footballers and other such references to sometimes uncontrolled manifestations of popular culture, but also with lianas and fantastic, organic overgrowth, and with the most diverse animals that have discovered the city as an ideal habitat – and all of this in compositions as disciplined as they are richly varied. Often he combines them with words and sentences based on management processes of urban change and urban development marketing jargon.

The title of the exhibition, ‘Stakes is High’, is derived from the title of an album by hip-hop group De La Soul, but also refers to the interests that have a stake in the development (or redevelopment) of urban areas, economic as well as political and social – and to protect that stake seek very different courses of action inside and outside the spheres of democratic influence.

Kolding's montage style is not limited to just framed collages. A sculptural work, somewhere between miniature theatre stage settings and imaginary architectural models, is also included in the exhibition in Stedelijk Museum Bureau Amsterdam. As a special response to his residence in Zuidas, Kolding made a quartet of posters and printed T-shirts: media that in themselves imply the social use of space. Visitors to the exhibition are welcome to take a free copy with them. The posters are also to be seen in public poster sites in the area around the Zuidas: not in the financial office parks themselves, because the space there has been designed so that there are almost no walls on which public posters can be hung. Instead Kolding asks the visitors to wear the t-shirts, which are also handed out for free, on a visit to Zuidas.

Jakob Kolding (b. 1971, Albertslund, Denmark) studied at the Royal Academy of Fine Arts in Copenhagen. Among his solo exhibitions have been appearances at the Kunstverein in Hamburg, Team Gallery, Cubitt, Galleri Nicolai Wallner, Galerie Martin Janda and Overgaden Institute of Contemporary Art. For the Frankfurter Kunstverein he realised a semi-permanent installation. Kolding has also been represented in the Kwangju Biennale, the Busan Biennial and ‘Utopia Station’ in Venice; his work has been shown in the Wattis Institute in San francisco, Palais de Tokyo in Paris, Museum of Contemporary Art San Diego, Moderna Museet Stockholm and the Paviljoens in Almere, among many other venues. Kolding presently lives and works in Berlin.

SMBA Newsletter nr. 115 (NL/EN) is appearing to accompany the exhibition in Stedelijk Museum Bureau Amsterdam. As another form of collage that explains the subject matter of Kolding’s work, this newsletter features a montage of text fragments in the form of a conversation, assembled by Jakob Kolding together with writer and curator Luca Cerizza.

The exhibition ‘Jakob Kolding – Stakes is High’ was made possible in part through the collaboration between the SMBA, the Research Group of Art & Public Space and the Zuidas Virtual Museum, and the Danish Arts Agency.