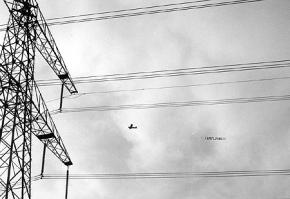 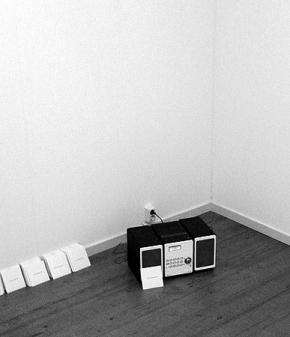 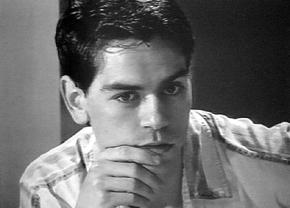 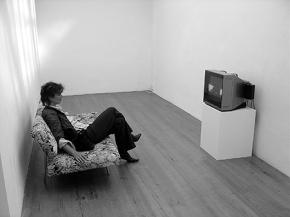 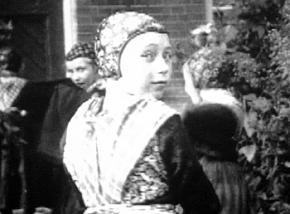 Does an artwork evoke the impression that art exists simply because there is an artist that signs it? How do artworks differ from each other today and how do they relate to other forms of cultural expression? The work of Arnoud Holleman could be described as a succession of options, in which one option seems oblivious to the others. It is not made on purpose, nor by chance. Holleman doesn't seem to have an agenda and his work is therefore difficult to delimit purely as art. How can we tackle a body of work that is characterized by its 'lack' of clarity?

Over the course of ten years, Holleman has changed medium and switched discipline without ever narrowing his field of vision. His work is thereby able to evade current aesthetics and only chronology can confirm the moment when one kind of work became art, or something else. This ambient oeuvre seems curiously disorganized. The artist admits his tendency to skip from one thing to another, lead on by opportunities offered by others and the desires he shares with the people he works with. Holleman displays no urge to establish definite links between things, reminding us that there is no real need for a user's manual to run either one's outlook, or one's life. Instead of strategizing this position, he deliberately blurred this gently anarchistic stance early on in his career. The inherent absence of clarity in his hybrid production reveals an implicit criticism of the various worlds of the image available to us. It is therefore a challenge to connect in an exhibition the different worlds through which he transits.

What then are the tools he has been using? First of all, he constantly switches from individual to collective forms of expression. The intimacy of the studio has alternated with the world of television, theatre, or printed media. Over the last ten years, Holleman has worked as a writer and director for television with Arjan Ederveen; has made theatre with the theatre company Mugmetdegoudentand; has made drawings with sperm, in which droplets on paper encircled by pencil marks operate as a kind of body painting, or a consummately abstract landscape. Since 2000, he has been constructing new identities for Re-Magazine with Jop van Bennekom. Holleman seems to have opted for a lack of transparency. This makes one suspect that something more clear-sighted is at play here than representing a present that is yet to be made in the future; he distorts things without fixed intent. Accordingly, the instability that issues from his oeuvre disrupts the logic of the 'audio-guide' characteristic of the 'age of access' (Jeremy Rifkin), and of today's ready-made lifestyles that contemporary culture seems so incapable of eluding.

The adventurousness of this attitude of rapid changes and intense moments has its darker side. Through being simultaneously leading man and absent from his own production, Holleman brings the glamorous and Warholian desire 'to be a machine' up to date in a time in which others are claiming out loud 'I try to be a star' (Madonna, 2003) for fear of fading into oblivion. In 1994 Philippe Parreno had the following premonition: 'If art were now to enter a universe in which it was eternally repeated, the era would always be contemporary.' Holleman suggests that from the moment nothing changes, everything can be cast in a new light. As early as the mid-nineties Holleman foresaw that he would end up moving from one dead end to another; after all, everything had already been done and he was easily bored. That purely theoretical, whimsical and 'destructive' outlook easily attaches itself to the 'dark side' and fundamental aspect of the 'remake' in Holleman's enterprise. He arrives at new forms of meaning not despite an impasse but as consequence thereof. In 2002 Holleman recycled images from a 1958 film shot in an orthodox Dutch Reformed Church village, Staphorst, in which we see women hiding as soon as they catch a glimpse of the camera (Untitled, 2002). In another work he reedited a porn film by Cadinot, retaining only the preliminary games of glancing and gazing in a reconstructed Egyptian room in a museum (Museum, 1999). In yet another work he used recordings made by his late father so he could listen to himself practising the piano (My Dad Playing Piano, 2002). And in software designed by Holleman, artists' first names and surnames are randomly thrown together.

Oscillating constantly from the collective to the individual, he has in some ways made himself illegitimate by working in areas where nobody expects him to - with good reason. The white cube, as a museum convention, is for him just one of the many available possibilities. In this he implies precisely the opposite of the words he has Georg Baselitz scream in his Driving Miss Palmen, the soap opera he recently co-directed with Lernert Engelberts for television in India: 'Holland needs my paintings, I don't need Holland!'

Holleman defines his production as 'the results of and research into an impasse in (visual) culture at this juncture in time'; attempts that act up as delay-fed disturbances. Some are one-offs, like the pencil drawings of flaccid, limp phalluses in Butt (Family and Friends, 2002). Other projects develop more slowly, like the drilling of holes in books and magazines: it began with perforating a single magazine; now Holleman has perforated around 200 art books with the idea of eventually filling an entire library or museum bookshop with them. Another long-term project is Interieurs, which he co-directed in 1995 and 1996 with Pieter Kramer for VPRO-television. As part of the exhibition, this programme about the Dutch and their interiors plainly reveals the artist's discreetly schizophrenic ideas and in so doing softens his work's objectives. It is as though he has spent all his time producing misunderstandings, exploring their possibilities from pre-production to post-perception. Holleman insinuates that, artistically, he doesn't owe anybody anything, and that, professionally, he works on commission. His is a sophisticated kind of art confirming that, in a post-media society, an 'event' can steadfastly exist on several distinctive levels. It is from within the space of art that such blurs and misunderstandings can become comprehensible, or at least acknowledgeable, even if, or precisely because they issue from the most contradictory artistic projects. The artist today is the only reliable tourist scouring the world of images; when we meet and size up a body of work that is as 'unclear' as Holleman's, the deformatting and recoding, so obviously at play his work, stimulates the gaze.

I am registered, therefore I am, an existential motto of our time might read like this. I am not only observed, but also recorded and I am included in existence in precisely this way. Precisely in this way do I, do others know that I live. Diverse media continually 'record' me, confirm my life and turn it into visibility.

The dictatorship of visibility controls both the private and in the public domain, in which the image/representation functions as crucial proof. The camera is everywhere, for the most intimate and most public events. Our answer to that is not to avoid the camera's gaze, but on the contrary to seek it. As if we have nothing to hide or we surrender en masse - to whom or what remains a mystery.

In this mediation between being and non-being we can do nothing else than continually behave as camera-genic as possible. See and be seen via the image has become a cultural and existential duty. This primacy of image and visibility however is no universal, natural condition: Islam's interdict on images originally, according to the second commandment, also applied to Christendom.(1) Connected to this theological diktat, codes about visibility and invisibility of an entirely different order lie dormant in our culture.

Some of the complications of this are revealed in the magnetic video projection Untitled 2003 by Arnoud Holleman. Holleman draws on documentary, black and white archive pictures dating from the late fifties and filmed in the village of Staphorst, renowned for its inflexible, religious community. He selected and isolated a number of specific fragments, and slowed them down in part, presenting them without sound. You see short street scenes in which a group of Staphorsters, women or children in traditional dress, continually flee from the film camera: those 'under fire' from the camera, turn, dive or run away, cover their faces; they do anything to get out of view as quickly as possible.

As an onlooker you are a witness, or voyeur, of obscene aggressive attempts to make visible that which wishes to remain hidden, which will not reveal itself. You likewise see a radical rejection of representation that differs fundamentally from present-day attitudes to image and the camera. The 'secret' of the Staphorsters is as illusive as comprehending what has been actually relinquished.

These scenes seem miles away from us and are acted out in a strange alternative reality, in spite of the unmistakably proto-Dutch scenes, bicycles, farms and clogs. Yet the ban on illustrating, seeing, or being illustrated, seen is now very topical - the 'headscarf discussion' concerning Islamic women and girls in the Netherlands for example. The profane logic of a visibility culture maintains that those who cannot or will not be (wholly) seen may not exist. This sidesteps the recognition that in our culture, the visible remains as empty and mysterious as the invisible.

Thou shalt not make unto thee any graven image, or any likeness of any thing that is in heaven above, or that is in the earth beneath, or that is in the water under the earth. Thou shalt not bow down thyself to them nor serve them: for I the Lord thy God am a jealous God, visiting the iniquity of the fathers upon the children into the third and fourth generation of them that hate me; And showing mercy unto thousands of them that love me, and keep my commandments. Exodus 20:4-6