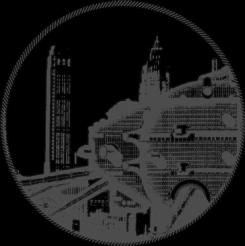 Please note: this event is SOLD OUT!

To accommodate the great demand for tickets, the lectures will be streamed at the location below. Seating is arranged on a ‘first come, first serve’ policy, so please make sure you are on time. Reservation is not required for the alternative location.


On Wednesday, April 25th the sixth event in the lecture series Facing Forward: Art & Theory from a Future Perspective will take place, on the theme of FUTURE CITY. The speakers of this evening are architect, co-founder of OMA and urban theorist Rem Koolhaas (NL) and award-winning fantasy writer and scholar China Miéville (UK). Following the two presentations, there will be a debate with experts and the public, moderated by Christoph Lindner, Professor of Media Studies and Director of the Amsterdam School for Cultural Analysis (ASCA) at the University of Amsterdam. Carolyn Birdsall, who is Assistant Professor in the department of Media Studies (Television and Popular Culture) at the University of Amsterdam, will provide an introduction statement.

The city as the location for socio-political, cultural, and artistic production is a disputed place, constantly being tested by local conditions and global and transnational circumstances. What influence will steadily accelerating globalization have on the shape and image of the future city, or in relation to the rural context? And will the transnational flow of people, work, and images redefine the concept of “urban”? Can we imagine a metropolis beyond the “global city”?

Artists have always claimed the public, urban domain as the place for artistic production, interventions, and exhibitions. But will there still be room for art in the city of the future? In pessimistic scenarios, public art becomes no more than an extension of the urban screen, caught in the vocabulary of city branding. Does art still have its own place in the cities of the future? And what will public art look like? Will it be digital, (anti-) monumental, or will it be based on action? In what physical or conceptual forms will it manifest itself?

About the key-note speakers:

Rem Koolhaas founded Office for Metropolitan Architecture (OMA) in 1975 together with Elia and Zoe Zenghelis and Madelon Vriesendorp. Having worked as a journalist and script writer before becoming an architect, he graduated from the Architectural Association in London and in 1978 published Delirious New York. In 1995, his book S,M,L,XL summarized the work of OMA in “a novel about architecture.” As well as overseeing OMA’s work in architecture and masterplanning around the world, Koolhaas co-directs AMO, OMA’s internal think tank that operates in areas beyond the boundaries of architecture and urbanism — including fashion, technology, sustainability, and politics. The work of Rem Koolhaas and OMA has received several international awards, including the Pritzker Architecture Prize (2000), the RIBA Gold Medal (2004), the Mies van der Rohe Award for the Netherlands Embassy in Berlin (2005), the RIBA European Award for the Casa da Música, Porto (2007) and the Golden Lion for Lifetime Achievement, awarded in 2010 at the International Architecture Exhibition in Venice.

China Miéville is a writer who lives and works in London. He is the author of nine novels and one short story collection. His fiction includes The City & The City (2009), Embassytown (2011), Perdido Street Station (2000) and the forthcoming Railsea (2012). He has won the Hugo, World Fantasy, British Science Fiction and British Fantasy awards, and the Arthur C Clarke Award three times. His non-fiction includes many articles and essays, including one on the state of London between the 2011 riots and the 2012 Olympic Games, available at www.londonsoverthrow.org, and the book Between Equal Rights (2005), based on his PhD, a critical study of international law. He is Associate Professor of Creative Writing at the University of Warwick.