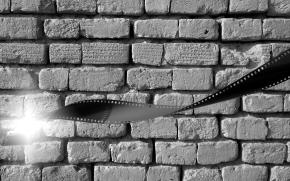 “Material Kontingenz” is the first large solo exhibition by David Jablonowski (b. Bochum, Germany, 1982). Among other works, he is showing two monumental sculptures which were made especially for this occasion.

The German title of the exhibition in Stedelijk Museum Bureau Amsterdam refers to two important aspects of Jablonowski’s work. The first is that of the specific use of materials in his sculptural installations. He combines material such as plaster, steel and wood with polystyrene foam, expressive layers of paint, a scanner, rotating or hinged elements, or even components of central heating systems or a flatscreen. Together with the often monumental scale, this generates the dramatic impact that the work has on the viewer. This impact in turn leads to the Kontingenz of the title: the term from German sociology referring to the observation that everything that we try to communicate is contingent upon so many factors and influences that the actual results appear to rest primarily on chance.


With his sculptures Jablonowski demonstrates an interest in ancient monuments such as the stele, the ziggurat or the medieval codex, in which form and message form one whole. This message was unambiguous and intended for eternity, but has slowly lost its intrinsic significance, exchanging that for cultural tourism. In contrast, contemporary media are exclusively focused on the moment. Both are thus constantly in flux, but at totally different rates.

Jablonowski’s work therefore does not pretend to emulate ancient monuments. His sculptures are not to be interpreted symbolically; you can at the most guess at their meaning. Their effect lies on the level of physical experience, which is manipulated in all sorts of ways. Through their form, their intervention in space, details such as the finish of the surface, monumentality, unexpected combinations of materials and non-material elements such as motion, warmth or film images, the sculptures appeal to the transmission of information in many, varied forms. They seem to be intended for some direct communicative purpose, to offer the appearance of certainty, in which the art-historical references, traces of political engagement, a technical element or a possible hint of something participative play a role, but no unambiguous answer is given.

The now somewhat older work Disposition is a good example of this. It is a heavy looking sculpture with three large, vaguely shaped elements which can rotate on their axes. They are crowned with a monolithic block of polystyrene foam that is finished in a painterly fashion, with metal fields on it which suggest small plaques. The expressive, painterly texture gives the sculpture its historicising aura. The work combines the idea of a simple grave monument (such as a mastaba, the box-shaped predecessor of the pyramid) with the possibility of manipulation by the viewer. Although the carousel technology is perfect, the act of rotating it is rather pointless, except that it makes the manipulative possibilities of the sculpture irresistible – comparable with the irrepressible urge that many tourists have to climb on ancient Egyptian monuments.

One new work in the exhibition, Tchogha Zanbil, takes its name from the best preserved ziggurat in ancient Mesopotamia, presently Iran. In its form, this sculpture refers to that most basic type of information conveyance, the book. Roughly, it can be regarded as a monumentally proportioned, erect, open book. One of the pages is comprised of a large flatscreen monitor, the lighted images on which are only to be seen as reflections on one of the other pages, which is made from shiny, polished metal. The monitor shows images in which Tchogha Zanbil figures, as well as the Azadi Tower in Tehran, where the recent demonstrations against the government took place, and the Azadi Museum, in which the past and present of Iran is glorified. The sculpture subtly refers to the propaganda purposes that have been, and are the foundation for monuments then and now, and to the present media reality in Iran. All these impose through their dominance, but their significance tomorrow may not be the same as it is today.

David Jablonowski (b. Bochum, Germany, 1982) received his training at the Gerrit Rietveld Academy and de Ateliers in Amsterdam, with a year at the Kunstakademie Düsseldorf between them. Among other shows in which his work has been represented are “Deep Screen: Art in Digital Culture”, Stedelijk Museum Amsterdam (2008), “The Knight’s Tour”, De Hallen, Haarlem (2009) and, solo, in “Imposition”, Schaufenster, Kunstverein Düsseldorf (2009).

A free SMBA Newsletter (English/Dutch), with a background essay about Jablonowski’s work, is appearing to accompany the exhibition and can be downloaded from the SMBA website.

“David Jablonowski Material Kontingenz” is made possible in part with support from the Netherlands Fund for Visual Arts, Design and Architecture.