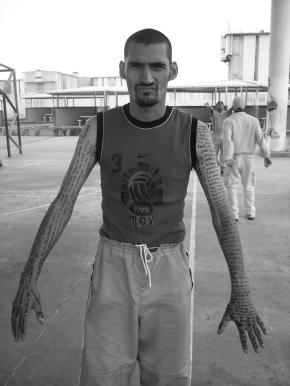 The exhibition ‘Informality’ arises from the increasing attention being given to the role of banks in our economy, and the interest in alternatives to their role. It is also a first reflection on the role of art and artists in an atmosphere of crisis and cuts in cultural funding.

‘Informality’ examines the phenomenon from the perspective of art, involving certain informal aspects of the art world itself in doing so, including the precarious position of the artist in society.


The Domestic Workers Union (a section of the Dutch Trade Union Congress) is one of the parties responsible for the creation of the Trash Museum, which was unveiled earlier this year, to commemorate the great cleaner's strike of 2010. The artist Matthijs de Bruijne and the designers at Detour were called in to assist in its realization. For ‘Informality’ the cleaners were asked to supply notes about their work – analogous to the domestic memos on refrigerators and kitchen counters that are often the only form of communication between them and their bosses.

The informal economy is in a certain sense related to the concept of 'informal art', as is the case with sculptures made of discarded or reused objects and thus connected with the visible recycling strategies in informal economies.

The contribution by Kaleb de Groot consists of recycling his own work and the contents of a small, neglected storage room at SMBA. Among the things De Groot includes are the publications which were lying there, discarded exhibition materials, and even the remains of what must once have been art objects.

The Spanish artist Marc Roig Blesa bases his Werker series on the representation of the worker, and the history of the representation of workers. With the aid of the designer Rogier Delfos this has led to a variety of publications and other graphic expressions. For ‘Informality’ Roig Blesa focuses on several artists and their kaleidoscopic blend of sidelines in fields outside the art world. Roig Blesa and Delfos appropriate this material for an idiosyncratic series of posters.

In the video It’s not you, it’s me by the British/American artist Doug Fishbone we see the artist speaking, trying to convince the viewer to make a financial contribution toward bankrolling a new project, a film. An artist will do anything to be able to realize his work.

The Mexican Jose Antonio Vega Macotela worked a total of 365 days on an exchange with the inmates of the Santa Martha Acatitla Prison in Mexico City. The prisoners could make their wishes known to the artist regarding tasks they wanted to have done outside the prison, which he then performed. In exchange Macotela asked the prisoners to perform a specific assignment for him, which resulted in a work which then became his property.

Senam Okudzeto presents a part of her installation Capitalism and Schizophrenia. The work is based on the contents of a Swiss apartment that was abandoned when its resident fled from Interpol. His lodgings proved to contain a vast archive of not only of his own notes but also of hundreds of self-help books of the ‘how I got rich’ variety, written by respected representatives of high finance. Among the things found there were documents pointing to a scam, in the form of a protracted e-mail correspondence from the criminal with a victim/collaborator in a fraud case, the owner of a Dutch lumber business.

SMBA Newsletter nr. 123 has appeared to accompany 'Informality'. It contains a brief introduction to the exhibition by the curator, Jelle Bouwhuis, in Dutch and English. It is available at the exhibition and can be downloaded from this website.

Dr. Joost de Bloois, of the Humanity faculty at the University of Amsterdam, will present a short lecture at the opening of 'Informality'. De Bloois attracted attention for his criticism of the recent demonstrations against cuts in the cultural budget, suggesting that instead artists should forge stronger alliances with other groups in society.

The lecture 'Making Ends Meet: Precarity, Art and Political Activism is on Saturday, 13 August, at 5:30 p.m.

In addition, SMBA together with the artist Matthijs de Bruijne is organizing an evening with presentations by artists and groups for whom this quest for greater social solidarity is central. Among the participants:

- The Domestic Workers Union/Matthijs de Bruijne/Detour, participant in the Informality exhibition, together with FNV Trade Union

- Precarious Workers Brigade, a London based group who initiate collective actions in the cultural sector (t.b.c.)

The precise date of this presentation will be announced later.

Suggested other exhibitions and projects

[Image credit: Jose Antonio Vega Macotela, Time Exchange 105, 2007 - “Carlos wanted to see himself playing basketball. In exchange for this possibility, I asked him to play with his autobiography written on his arms.”]