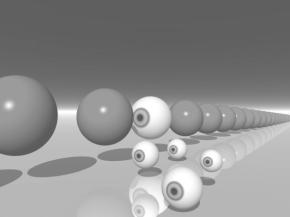 On Friday, January 13th the third event in the lecture series Facing Forward: Art & Theory from a Future Perspective will take place, on the theme of FUTURE HISTORY. The speakers of this evening are art historians and critics David Summers (USA) and Amelia Jones (UK/USA). Following the two lectures, there will be a debate with experts and the public, moderated by Kathryn Brown, Professor of Art History at Tilburg University. Dutch curator en art critic Steven ten Thije (NL) will provide an introduction statement.


In contemporary art and theory, there is renewed interest in the concepts of history, archiving, and cultural memory. This is described by Dieter Roelstraete as the “historiographic turn,” in which artists, exhibition makers, and critics adopt an archaeological modus operandi, meticulously examining the traces of the past. Does this obsession with history indicate an inability to look at the future? Should we and can we jettison the concept of “history” so that we can look at the future once again?

One question that presents itself is whether this sort of attempt to sideline history does not essentially imply a return to the postmodern thinking of Francis Fukuyama and Arthur C. Danto. At the end of the 20th century, they explained that we are living in a post-historic age. This is allegedly a time in which only contemporary matters and the future are important; in a sense, it’s the end of the line in which history no longer exists. Is this conceptual model, an early version of Facing Forward, still relevant to our time, or can we focus on the future in a different way? In other words, how does Facing Forward 2.0 look in relation to the past?